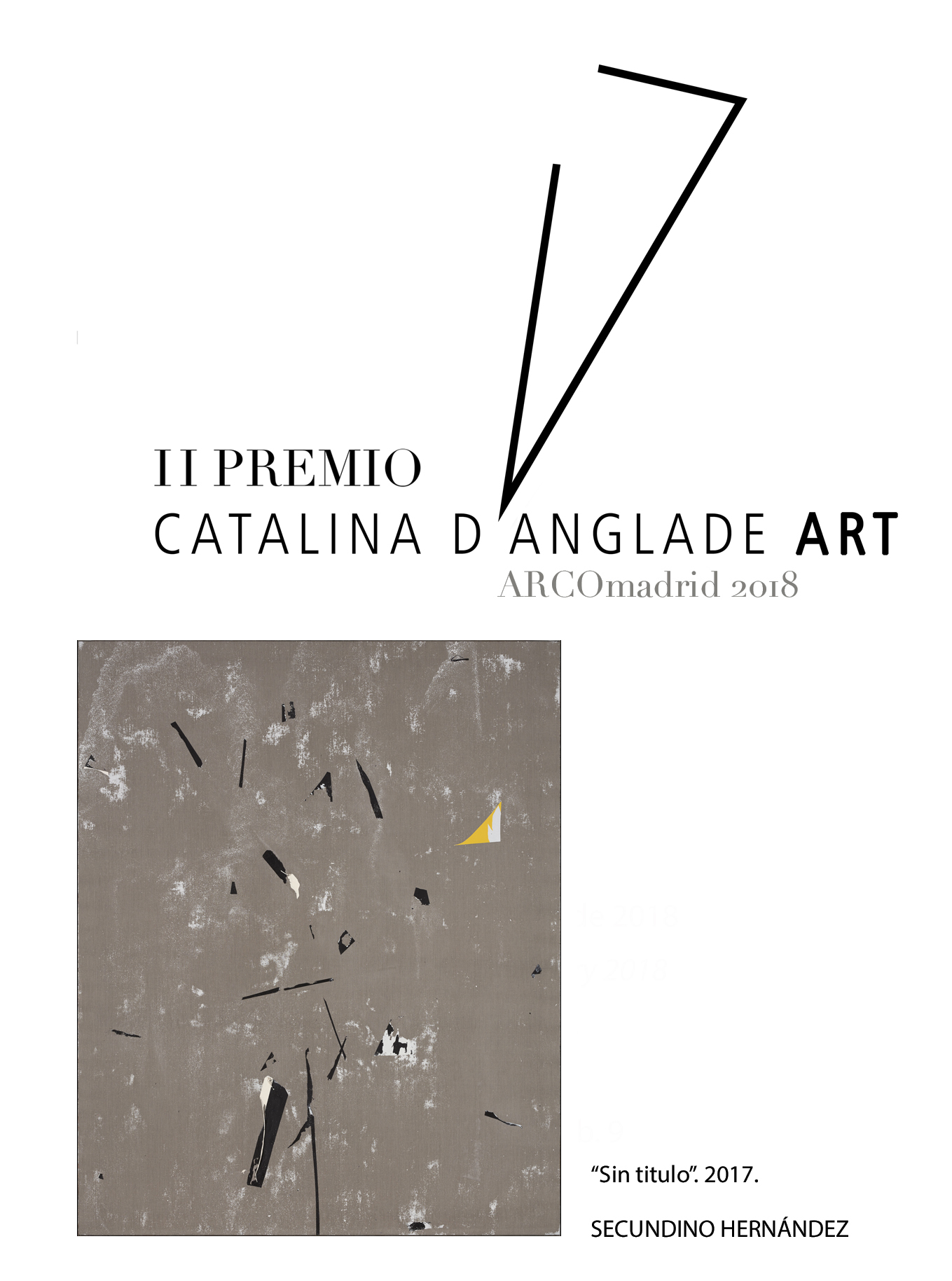 Sin Título, 2017 by Secundino Hernández, is the title of the work acquired as part of the prize. The piece was exhibited at the Heinrich Ehrhardt gallery stand during ARCOmadrid 2018.

The second part of the award involves the development throughout the year, of an unpublished project by the artist that will unite art and design, which makes this initiative unique.

The Catalina D’Anglade Art Award, which has ARCOmadrid support, is a private project, launched in the last edition of the fair by this designer from Madrid.

On Thursday February 22nd during ARCOmadrid 2018, the II Catalina D’Anglade Art Award ceremony has taken place in the presence of director Carlos Urroz, being one of the most innovative projects on the Spanish art scene.

Secundino Hernández (Madrid, 1975) has been the winner of this new edition with a large-format canvas called Sin Título, 2017. The work is part of the artist’s new language, where his characteristic stroke, with great gestural strength, is gone nuancing to become more elementary structures and forms that refer to the foundational moments of abstraction.

The Catalina D’Anglade Art Award consists in two phases. The first one, the award ceremony, which consists of the acquisition of the winning piece by the promoter. And a second in which the artist develops an unpublished project in which art and design coexist.

“The aim of this project is to promote and disseminate contemporary creation, as well as to collaborate with artists in order to conceive of art outside its usual environment of creation, incorporating it into sectors related to design and integrating it into everyday life,” explains D’Anglade.

In Sin Título, 2017, Secundino Hernández polishes the painting to its most basic concepts and builds two dimensions that distinguish between geometric composition and worn surfaces with pleats and cutouts. To achieve these finishes, he uses hoses and pressurized water jets that eliminate and transform fragments of the paintings. It causes wrinkles, causes transparencies or exposes previous layers. Triangles, rectangles, lines emerge from the wear of the canvas … In short, rigid forms floating suspended in a chaotic manner that come to replace the organic gestures which characterized his previous work.

The project developed as a second phase of the award, will be presented in ARCOmadrid 2019.