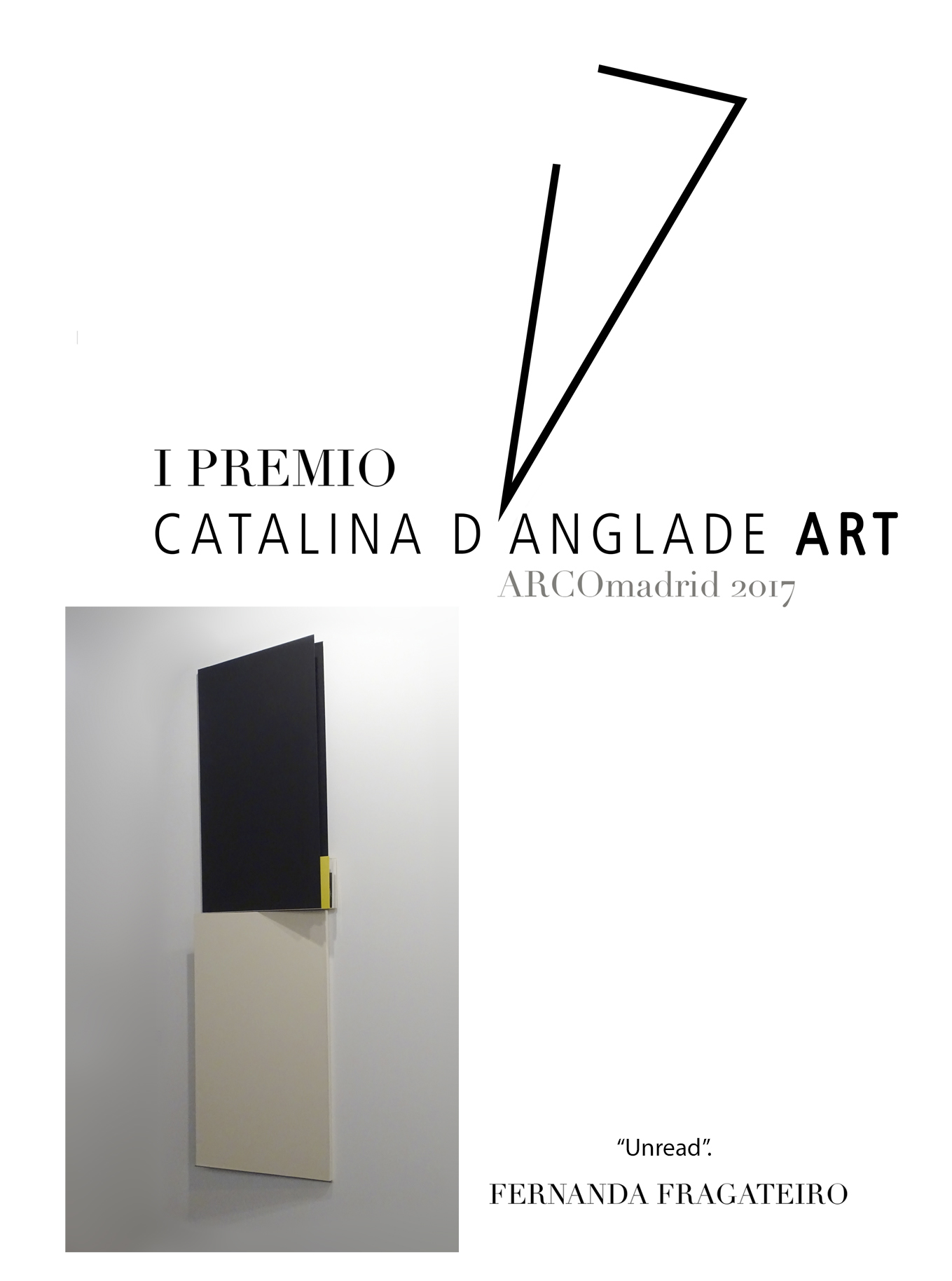 In February, coinciding with ARCOmadrid 2017, after the deliberation of a panel of contemporary art experts and assayers and in the presence of Carlos Urroz, Director of ARCOmadrid, designer Catalina D’Anglade presented the I Catalina D’Anglade Art Award to Portuguese artist Fernanda Fragateiro for her work “Unread”  (2015).

“The aim of this project is to promote and disseminate contemporary creation, as well as to collaborate with artists in order to conceive of art outside its usual environment of creation, incorporating it into sectors related to design and integrating it into everyday life,” explains D’Anglade.

After the award’s first phase, consisting of the promoter’s acquisition of the awarded piece, the Portuguese artist began developing and producing a new serial work as the second phase of the award. At the end of January 2018, this work was presented at Elba Benítez art gallery, which represents the artist in Madrid.

“We understand art as having an essential role. It transmits values and makes us more human, fostering sensitivity and solidarity. It enriches people’s soul and transcends. It’s a legacy that provides answers to many questions in a complex world. Support of the arts contributes to a wiser society, it helps us grow and understand ourselves better,” affirms D’Anglade.

The new work produced as part of this I Catalina D’Anglade Art Award is titled “letter, for Anni” . A set of five polished steel pieces inspired by the weave of the German artist Anni Alber’s fabrics which,  together and individually, give rise to an interesting dialogue between light and shadows, revealing and generating hidden spaces in which everyday objects can interact.

The pieces are on sale in a limited series of ten numbered units (eight sets of five pieces and two sets of single pieces).

In the words of art critic and commissioner Bea Espejo, Fernanda’s work can be perceived as “those unfinished thoughts that inhabit the letters we write”, at times seeming to be “a sort of inconclusive dialog.” The recent set of pieces “letter, for Anni”, “ is reminiscent of an encrypted message and love letter, as we find in Albers’ fabrics. They look like lone words which expand beyond the space they occupy on the wall,” adds Espejo.

Regarding Fragateiro’s trajectory, Espejo explains that she “usually works with those things that are not immediately perceptible in the ideas of another person. This is where the idea of casting an illusion comes in, when sometimes books can take on the appearance of little buildings or sculptures can seem to weave a giant urban grid. The artist frames and recasts her work as well as that of other [female] creators while dealing with her usual themes: the transformation of aesthetic ideas, the dialog among different disciplines, or the strictures of gender.”

During ARCOmadrid edition 2018, which was held from the 21st to the 25th of February, the II Catalina D’Anglade Art Award was announced and presented.

Fernanda Fragateiro (Montijo, Portugal, 1962) lives and works in Lisbon. After her first individual exhibitions in Germany, United Kingdom, and Spain and taking part in the Lisbon Architecture Triennale (2010) and the Dublin Contemporary (2011) she has consolidated herself as one of the most interesting and personal voices in the European panorama.

Her work is characterized by a distinctive use of materials, which she brings to life in her works, enabling new readings. Operating in the threedimensional field and tensing the line between sculpture and architecture, the works of Fragateiro enhance their relationship to each place, sublating the spectator into a performance situation.

Her sculptural and architectural interventions in unexpected places (a monastery, an orphanage, rundown houses…) and her subtle alterations of existing landscapes give rise to new stories. Her work has been exhibited in some of the world’s foremost museums and cultural centers, such as Palm Springs Art Museum, the Palais des Beaux-Arts in Paris, and the Orlando Museum of Art, and her oeuvre can be found among such prestigious collections as the Serralves Foundations, CGAC, Culturgeist, Calouste Gulbenkian, ‘la Caixa’, Botín, and Helga de Alvear.

Catalina D’Anglade (Madrid, 1972) has always acknowledged the influence of art upon her work. She began her professional path as a lawyer and then a headhunter, but soon gave her career a twist and turned to her true passion, art.

After directing one of the country’s most important sculpture biennials, she ventured out with her own design company, Catalina D’Anglade, with art and design as her main sources of inspiration. Today, her design projects— whatever their nature—can be seen in cities such as London, Madrid, or New York.

Since last year she has been promoting her eponymous award, and among her goals is that of one day presenting her private collection and the different awarded projects in a space that will help disseminate and understand contemporary art.